Behind the fireworks, trophies and rodeo action, an army of volunteers puts on the show that has been putting smiles on faces in our community for over 70 years. From preparing the food for the concession stands to working the chutes gates and taking tickets at the box office, the volunteers of the Silver Spurs Rodeo do it all. On the blog, meet this year’s Women’s Lifetime Achievement Award recipients, Carolyn Hall and Deloris Moore.

Despite the madness of putting on a rodeo, there are always a few volunteers who stand out. Each year, the Silver Spurs Board of Directors carefully chooses two men to receive the honor of Coca-Cola Cowboy and two women to receive the Lifetime Achievement Award. These Silver Spurs historical recognitions honor four of their most devoted members. Introducing your 2017 Lifetime Achievement Award winners…

Deloris Moore was born in Atlanta, Georgia, but moved to St. Cloud with her family in 1953. She volunteered for the Silver Spurs Club in 1967, when Louise Barton asked for her help to usher the North stands of the old Silver Spurs Arena. She formally joined the Silver Spurs Club in 1981, where she works as the Usher Chairman. Professionally, she went to college for business and has worked for Bouchard Insurance in Kissimmee since 2000. 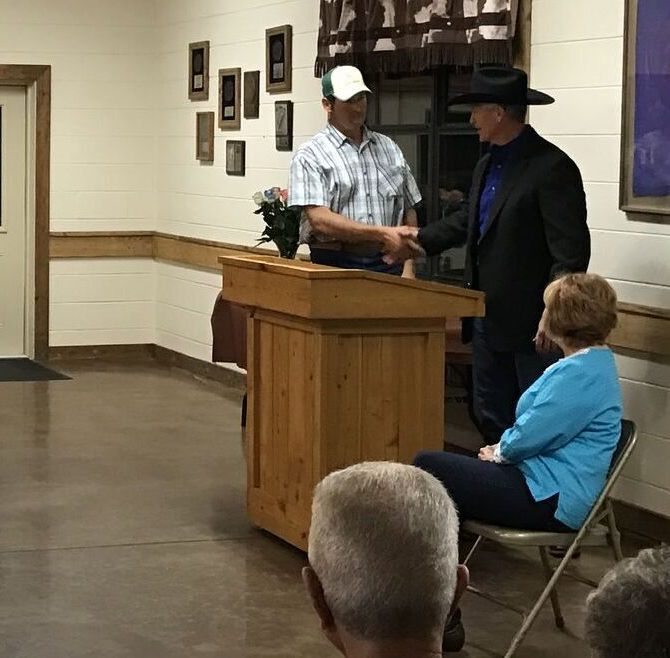 Born and raised in Kissimmee, Carolyn Hall met her future husband Robert in 1970 and got married in 1971. Together they live Osceola County, where Carolyn works as a hairdresser and Robert works on various ranches. Carolyn and Robert joined the Silver Spurs Club in 1980 where Robert helped behind the chutes and Carolyn in the concession stands. Robert also served as Big Boss for the Silver Spurs Club from 2004 to 2005. They have four children and 11 grandchildren. They’ve been loyal, hard-working Spurs members over the years.

While the Coca-Cola Cowboy and Women’s Lifetime Achievement Award Ceremony is a members-only event, you can catch a glimpse of our recipients during the pre-shows of the Silver Spurs Rodeo!