How do contestants choose which Florida rodeos to attend?

Beyond all the enthusiasm from the announcers, the contestants’ adrenaline, and the bright arena lights, there is more to the rodeo athletes you see on the dirt than meets the eye. You might be familiar with the big paychecks and high-profile endorsement deals that other professional athletes, such as football or basketball players, receive. But you won’t likely see that kind of glamorous flaunting from rodeo athletes.

One of the main reasons is because, unlike most professional sports, rodeo competitors don’t receive a yearly salary after signing a contract. Instead, they earn their paychecks by competing in Professional Rodeo Cowboy Association (PRCA) sanctioned rodeos throughout the year. Long story short, if they don’t ride and WIN, they may or may not get paid. (The only time where contestants may get paid, despite falling off, is if none of the contestants are able to ride for 8 seconds. During these times, the purse will be split evenly between the contestants.)

So how do they choose which rodeos to attend? Well, we’re going to break down a few factors cowboys and cowgirls take into consideration when looking to attend Florida rodeos and rodeos across the country.

Just like the first rule of thumb when you’re buying a house, cowboys will take into consideration where each rodeo is located. However, instead of looking at how good the schools are, contestants will see if there are other rodeos located nearby. The reason for this is, is that they can sometimes participate in multiple rodeos in one weekend. If they lose at one rodeo, they can hopefully make up for it by winning at another nearby rodeo. Rodeo competitors have to pay an entry fee to compete, and if they lose – well, that doesn’t mean they get their money back.

Stemming back to the origins of the sport of rodeo, for years groups of ranchers would come together to show off their horsemanship and ranching skills in the hopes of winning some money and bragging rights. Luckily for the competitors, the purse amounts have certainly increased over time. To give you an idea, Kowboy Jake, a local icon, would win around $75 to $100 per rodeo in prize money back when he competed in the 1940s. Now, our February rodeo had a total payout of over $127,000 in 2016, helping us retain our title as the largest rodeo east of the Mississippi River. So depending on how big the purse is, most cowboys will go where the money goes, despite the distance. 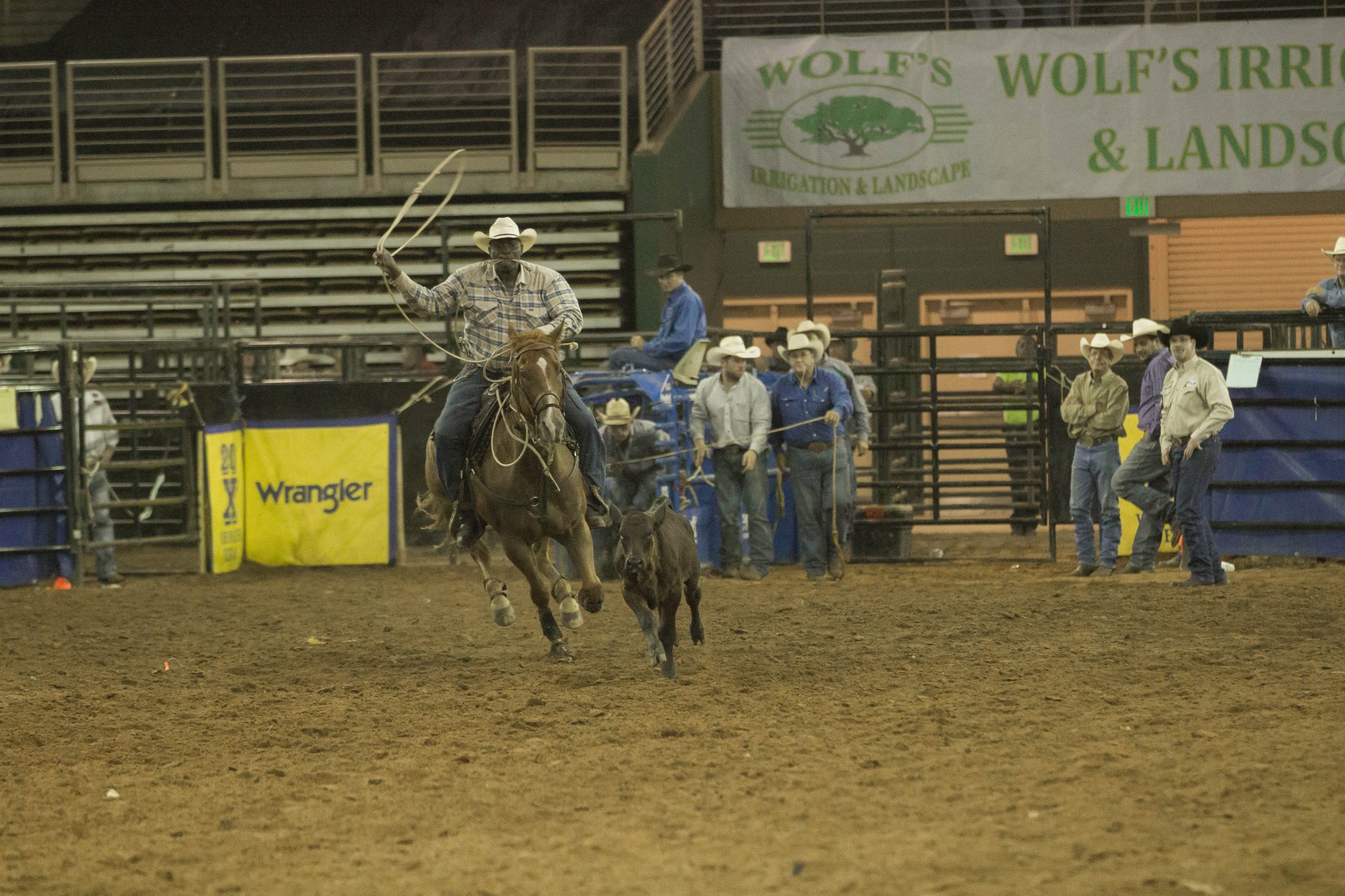 There aren’t many similarities between cowboys and some white-collar businessfolk, but one is that they have to travel for work. But, unlike the stereotypical businesspeople you see in the movies, a contestant’s travel expenses are only paid for if they’re sponsored – and even then, the money isn’t always that great. If traveling isn’t hard enough for the contestants, some only have to bring their own rodeo gear on planes or make sure it’s in their truck. Others have to bring their own animals! (And we’re not talking about a 50 pound dog. More like a 1,300 pound horse!) So now they have to weigh the opportunity to make money at a rodeo with a larger purse against how far they have to travel to get there and how much that travel will cost them.

Unlike timed events, where contestants bring their gear and animals with them to the rodeo, for the contestants in roughstock events (such as bull and bronc riding), they don’t know what bronc or bull they’ll ride until a few days before the event. At this time, contestants will randomly draw a stock’s name from a hat and be assigned to that animal. Hence the reason why we know this sorting process as the “luck of the draw”. With some time to learn more about the stock, if the contestant feels they won’t win or be able to stay on for eight seconds, they may decide to try their luck at another rodeo.

While most lists are made in alphabetical order, the same can’t be said for when contestants are being sorted for rodeo they plan to compete in. For example, many contestants may plan to compete in two rodeos that are near each other that may happen on the same weekend. However, they don’t necessarily always get to pick which performance day they will actually compete. So, if they happen to get scheduled to compete on the same day for both rodeos, they’ll have to choose which rodeo they want to attend.

Of course, these are just a few factors that play into how contestants choose which rodeos they’ll attend. We hope this information helps you begin to understand how your favorite contestants make it (or don’t) to the Silver Spurs Rodeo in February and June, and other Florida rodeos!