Which past Silver Spurs champions have made it big?

Each year, the Silver Spurs Rodeo welcomes competitors from across the country into the arena, giving locals a chance to see how some of them earned the title Rodeo Champion. However, Silver Spurs has certainly produced its own share of homegrown champs! From the heart of Osceola County all the way to Las Vegas for the Wrangler National Finals Rodeo (WNFR), the Silver Spurs Rodeo has been the first step for many “greenhorns” looking to make their way into rodeo. A few cowboys and cowgirls born and raised in Kissimmee have left “Kowtown” and made a name for themselves in rodeos in Florida. Here’s a sampling of Osceola-grown cowboys (and a cowgirl, too!)… 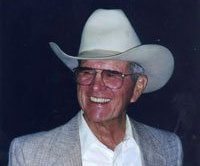 Pete Clemons
Ninety-one-year-old Pete Clemons has left his mark on the sport of rodeo here in Kissimmee and all around the country. Pete started his professional rodeo career at the ripe age of 16 and never looked back. He won eight all-around titles at the Silver Spurs Rodeo and was a 10-time Florida rodeo champion. But Pete didn’t stop there. He would go on to places around the country and world, like Colorado Springs (in 1949) when he brought home the all-around title, and South America when he traveled as a U.S. ambassador for rodeo. 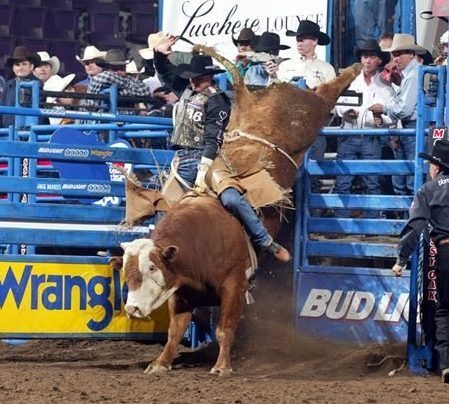 Tater Porter
While this 2000 Professional Bull Riders world finals champion has traded in his cowboy hat for an Osceola County Sheriff’s Deputy uniform, Tater Porter helped put Kissimmee on the map during his bull riding career. He dominated bull riding during his time as a competitor, winning over $700,000 in earnings. While he may not ride professionally anymore, Tater continues to share his wealth of bull riding and rodeo knowledge with young and upcoming bull riders, or anyone who wants to be a part of the sport of rodeo. 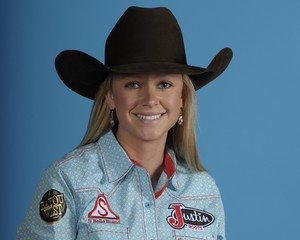 Kaley Bass
In 2014, Kissimmee native Kaley Bass took the rodeo world by storm, ranking number one in the Women’s Professional Rodeo Association (WPRA) standings. Before that, she earned the Southeastern circuit rookie of the year award in 2011. She is a two-time WNFR qualifier, and although she did not go on to win a world title, she earned $155,279 in one season, which was more than double what the top 20 competitors had in ranking.

As a member of the Professional Rodeo Cowboys Association (PRCA) and the PBR, Caleb Sanderson has quickly made a name for himself in the sport of rodeo. As a young boy, he grew up working around stock, and he took that hard work and determination to make something of himself to the Silver Spurs Arena. Finishing fourth in the rookie standings in 2015, he won the Xtreme Bulls in Kissimmee, and the Magic Valley Stampede in Idaho. Although Caleb lives in Texas now, he is staying true to his Florida roots and always takes the opportunity to educate people on the sport of rodeo and the ranching way of life in Central Florida.

Ready to see which champion in the making might be added to the list of local rodeo heroes? Join us February 11th for our 6th Annual Monster Bulls for a night of bull riding featuring top rodeo competitors and the rankest Silver Spurs bulls. For the first time in Monster Bulls history, you’ll even get to experience the ultimate game of tag between our bullfighters and bulls in a special bullfighting event.